Membrane switch is a multilayer structure (planar) type (non-locking) key switch composed of a certain elastic insulating material layer, which integrates functions such as keys, indicating elements, and instrument panels. The action of the membrane switch is only realized by the vertical movement of the elastic membrane. Although the elastic membrane has undergone a million peristaltic movements, and the amplitude of the peristaltic movement is very small, only 0.1-0.3MM, and the material selection is reasonable, so the membrane material It can withstand a long life of more than one million times without deformation, which determines the durability of the membrane switch.

Membrane switches are beautiful in appearance, long service life, simple in structure, easy to install, feel good in use, and occupy a small area. They are widely used in all walks of life, from household appliances to high-tech products, slowly replacing them Part of the tact switch market has a huge share in the market.

Generally speaking, common membrane switches are mainly composed of 6 layers of materials, which are panel, surface glue, upper circuit, isolation layer, lower circuit, and primer in the order from the surface to the inside. The following describes each layer structure: 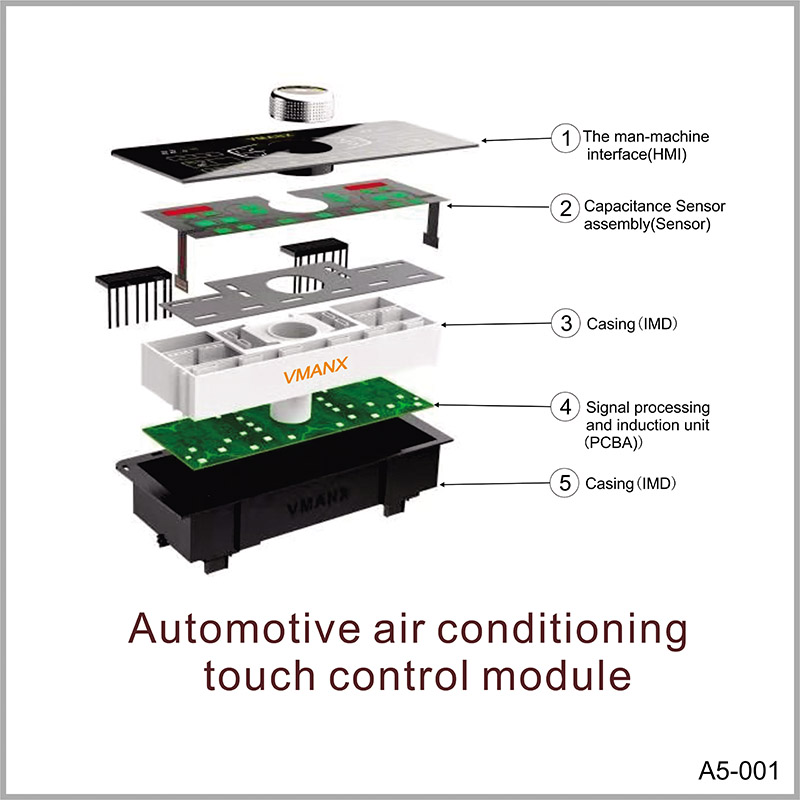 1) Panel: The panel is the "coat" of the entire membrane switch. On the basis of proper arrangement of the buttons, different colors, patterns, and button shapes play a necessary decorative role on the entire membrane switch. The main function of the panel layer is to play the role of identification and keys, so the selected material must have the characteristics of high transparency, high ink adhesion, high elasticity, and anti-folding properties.

3) Surface glue, isolation layer, bottom glue: The materials of these three-layer structures are all double-sided adhesives, which have different names due to different positions in the switch structure. The three-layer double-sided tape has different thickness depending on the level of each, which is mainly determined by the thickness of the switch and the operating force of the button.

The basic working principle of the membrane switch is as follows: when the panel is not pressed, the membrane switch is in the normal state, and its upper and lower contacts are disconnected, and the isolation layer isolates the upper and lower circuits; when the panel is pressed, the upper The contact of the circuit deforms downwards, and merges with the lower circuit to make the circuit turn on. The turned on circuit signals the external connected instrument (substrate) to realize its corresponding function; when the finger is released, the upper circuit touches The point bounces back, the circuit breaks, and the circuit triggers a signal.