In the hot summer, the child was forgotten in the back seat of the car for several hours. As the temperature in the closed compartment rose, the poor child died in the heat and suffocation... Such a scene, thinking about it, I feel cold all over. But every summer, the same thing keeps repeating itself. In China, in the United States, and in every corner of the world, the tragedy of leaving a child in a hot car and losing his innocent life is far more common than we think...

A random search on the Internet reveals that there are too many tragedies caused by children being locked in their cars. In the past few years, at least more than 300 children worldwide have died because their parents intentionally or unintentionally left in the car alone.

When can we avoid such a tragedy from happening again?

Now, with the newly developed baby seat sensor, it can accurately detect unattended children or animals in the car, which will effectively avoid the tragedy of children trapped in the car. 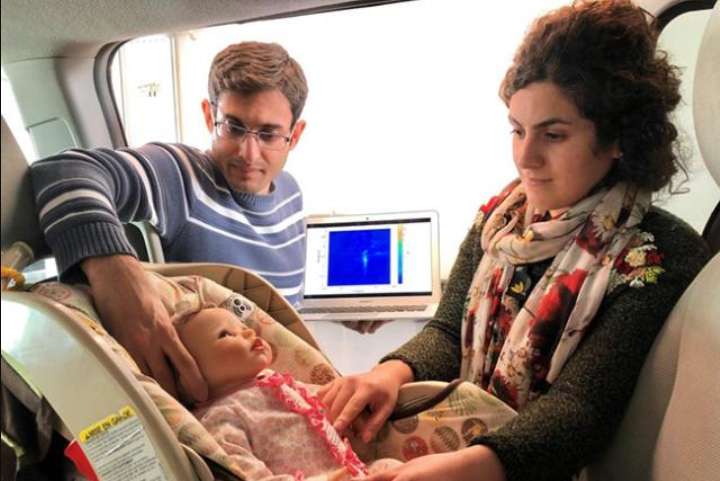 Scientists at the University of Waterloo in Canada have developed a small and inexpensive wireless sensor device that will trigger the sensor and sound an alarm when a child or pet stays in the car alone. The disc-shaped device has a diameter of only 3 cm (1.2 inches) and is designed to be installed on the roof or rearview mirror of a car. It is powered by the vehicle's battery, but operates wirelessly.

Whenever the driver leaves the car, the sensor will automatically send out a radar signal, which reaches all areas in the compartment. If these signals are then reflected back to the sensor by a living baby or animal, an artificial intelligence-based algorithm running on the device’s microprocessor will automatically recognize human movements related to breathing. The sensor will then sound an alarm to warn the driver and prevent the door from locking. It is said that the system has 100% accuracy in detecting organisms in cars.

In addition, because the device can determine how many such creatures exist, it can be used to make vehicles meet the conditions of a carpool lane. Once further developed, the technology may also be able to monitor the vital signs of drivers to detect whether they are drunk or too tired. It is understood that the device has been funded by auto parts manufacturers and is currently on the market.

As more and more new cars introduce new safety protection functions, some safety risks that can substantially help car owners may appear in the process of daily car use are receiving attention.

At present, many parts suppliers around the world have begun to focus on the research and development of the biological perception function in the car, and based on the original door and seat sensors, relying on vision (camera) or baby seat sensors to detect the rear seat Is there anyone on?

The car seat sensor based on biological perception in the car can effectively prevent the tragedies left by children from happening. It is believed that in the near future, we can see seat sensors in more and more cars. At the same time, the innovative application of seat sensors has also brought a new market pattern to the automotive field, making it smarter and safer, which also means that it will redefine the development of the automotive industry.